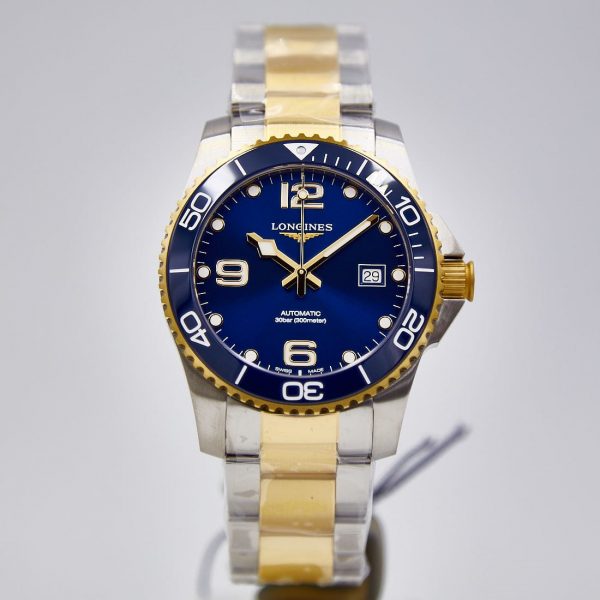 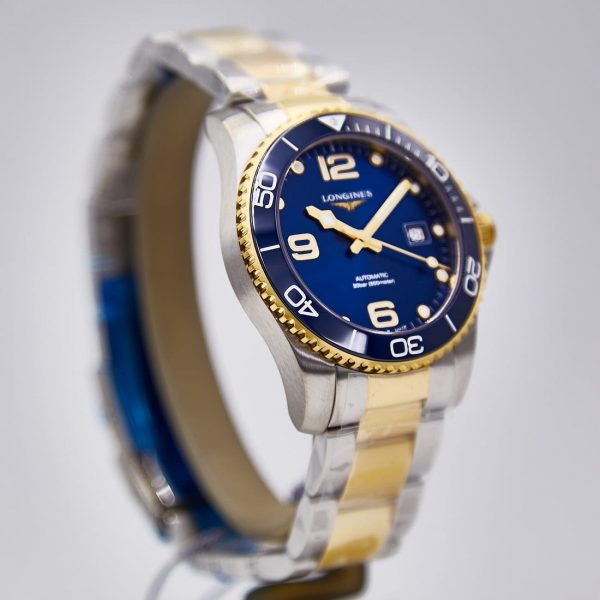 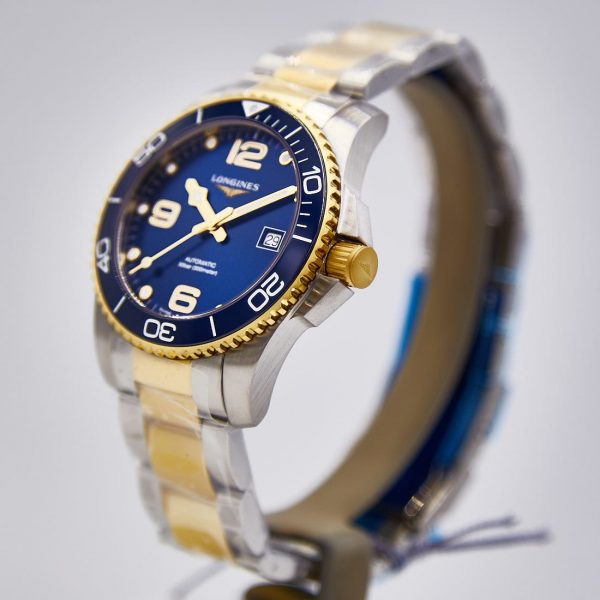 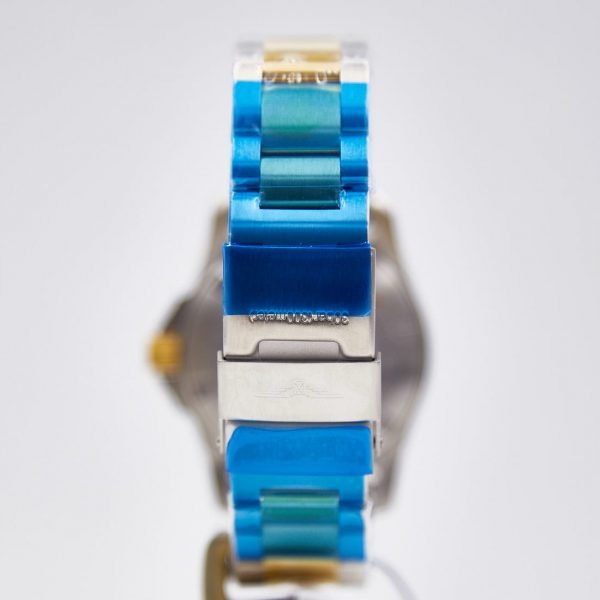 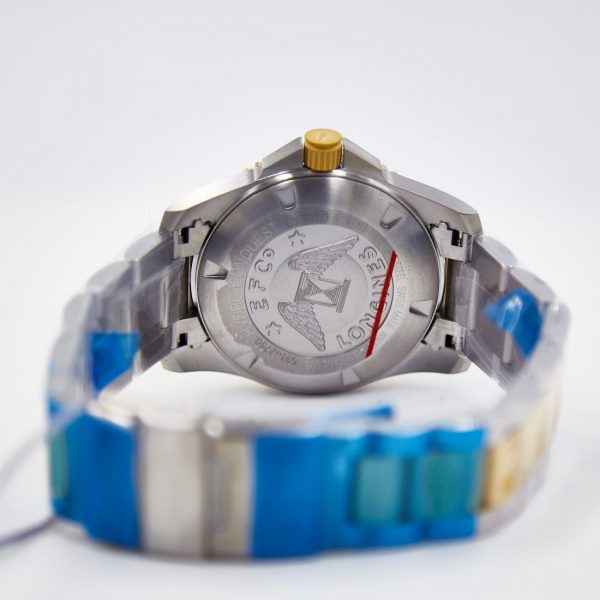 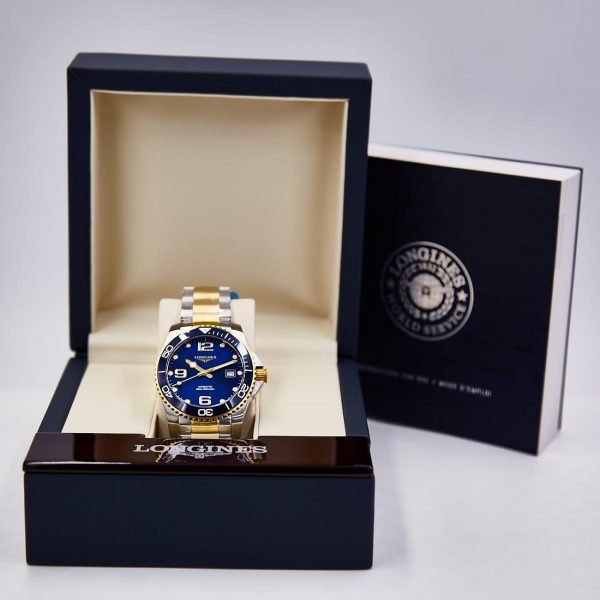 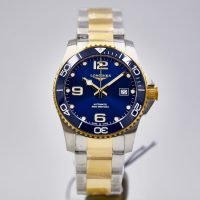 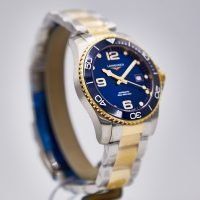 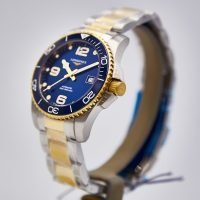 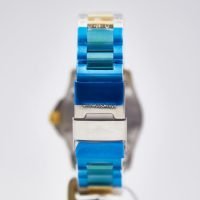 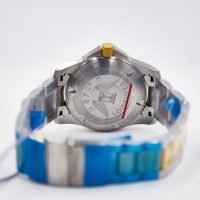 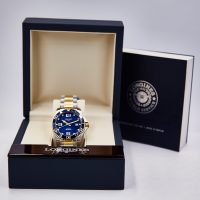 Founded in 1832 in Saint-Imier, the famous Swiss watch brand Longines can boast a long tradition characterised by the elegance and performance of its products. Those values are represented by The Longines Sport Collection, which includes new models in bright colors. The HydroConquest line is dedicated to men and women looking for a high performance timepiece that combines technical innovation and elegance.  Powered by a self-winding L888 mechanical movement with a power reserve of approximately 72 hours, the movement includes a date function.  The 41mm stainless steel case is water resistant to 300 meters and is attached to a stainless steel and yellow PVD coated bracelet with a double safety folding clasp and integrated diving extension.

Because its trademark winged hourglass is the watch world’s oldest trademark, a person could understandably believe that Longines is the oldest watch company, although that is not the case. Formed in 1832 as a small workshop that assembled watches, it was not until later that the company grew into the brand we know as Longines. In 1867, Longines built a factory on a site that would give the company its name, a site known locally as “Les Longines,” (the long-meadows.) Longines blossomed in the meadows and by 1929, had won an amazing ten Grand Prix awards. A Grand Prix was a competition between watchmakers where they presented watches of high degree of accuracy and complication. When these exhibitions ceased, Longines had won more than any other watch company. Longines had a long association with aviators, including Charles Lindberg that was largely based on an innovative watch that used a calibrated bezel to calculate longitude in flight. But their remarkable aviation success was surpassed when in 1936, they developed what many believe to be one of the finest chronograph movements ever designed, the caliber 13ZN. The SWATCH group gave life to the company when quartz movements replaced the more expensive mechanical movements. Today, Longines continues as a brand known for producing affordable and well-crafted timepieces in keeping with its long tradition. Its heritage in aviation and exploration on the land and sea is celebrated with the reintroduction of the Longines celebrated historical models.