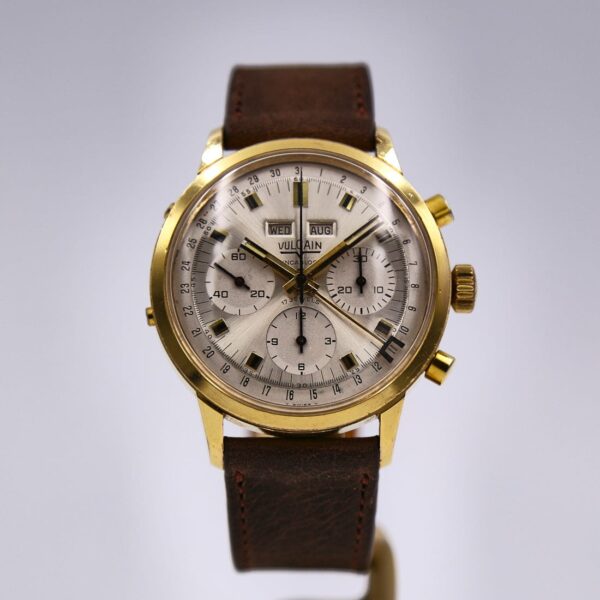 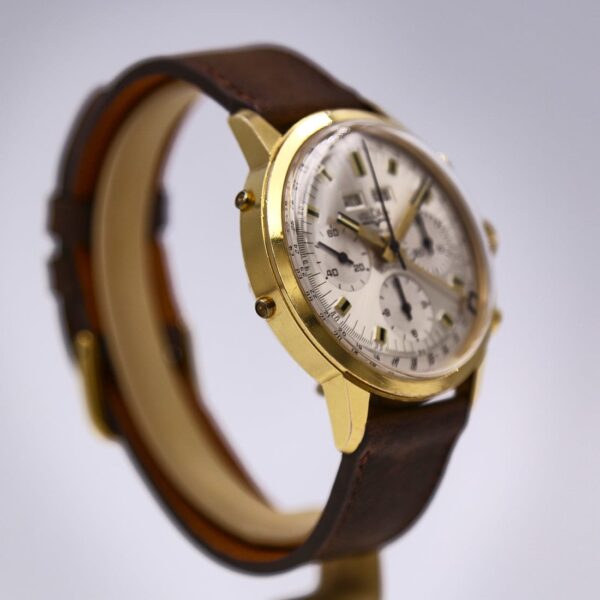 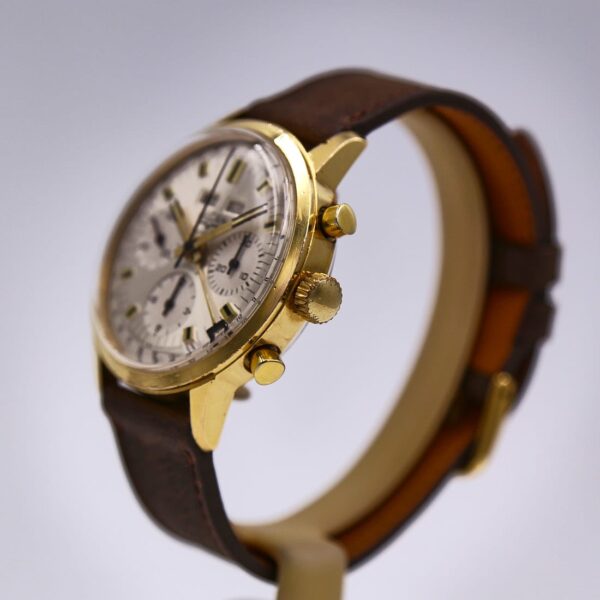 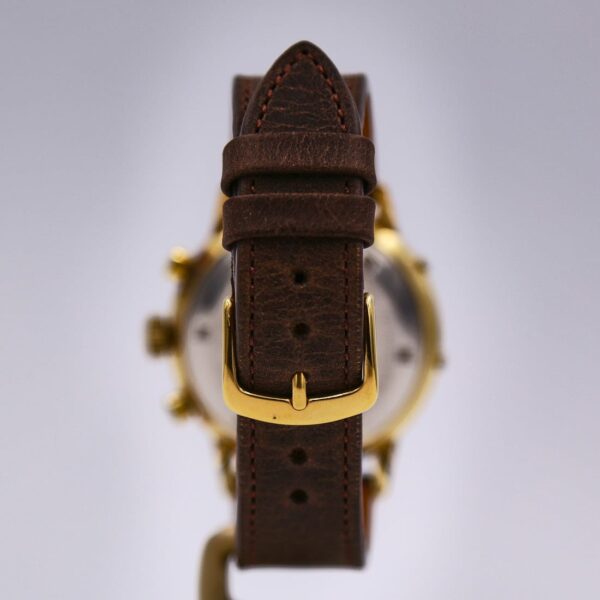 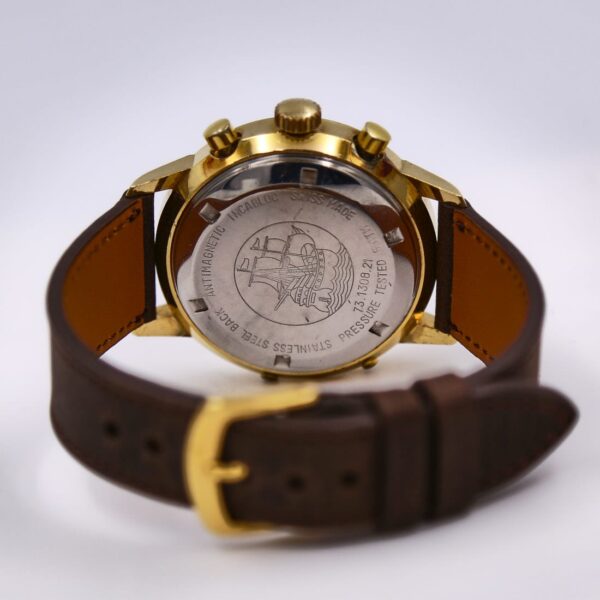 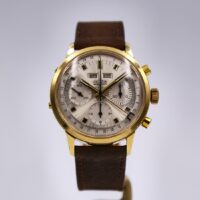 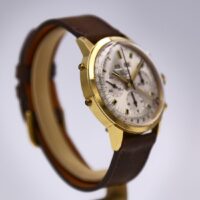 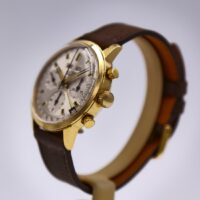 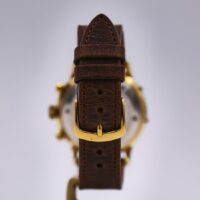 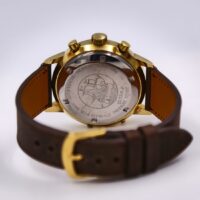 This Vulcain triple date Chronograph is powered by the Valjoux 730 movement, which replaced the Valjoux 72C. The movement is marked Vulcain and the inner caseback is marked Gigandet.  While the caseback is stainless steel, the case itself is gold plated, which remains intact.  There is a nick evident on the upper lug, but the case sides are sharp, with few scratches.  The crown is unmarked as is expected for an original crown, and shows the most wear to the plating.  Set against the gold case, the silver dial is striking, with distinct lettering.  Under magnification, there are three areas with marks on the dial, including an indentation near 4 o’clock, a slight scratch near 2, and some dirt slightly past the 10 o’clock index.  All of these marks are noticeable by a careful inspection but do not detract from the overall impression of a very nice condition vintage watch.

Founded in 1858, the Vulcain watch company became popular with American presidents after Harry S. Truman found the Vulcain alarm watch a valuable tool and wore it regularly.  Thus started the brand’s reputation as “The Watch for Presidents”.  The mechanical alarm watch became known as the Cricket, for its shrill chirping sound that delighted the world and became Vulcain’s signature watch.