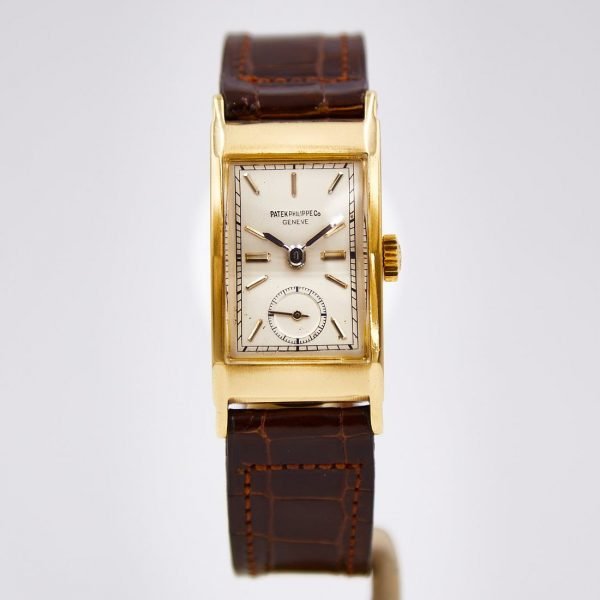 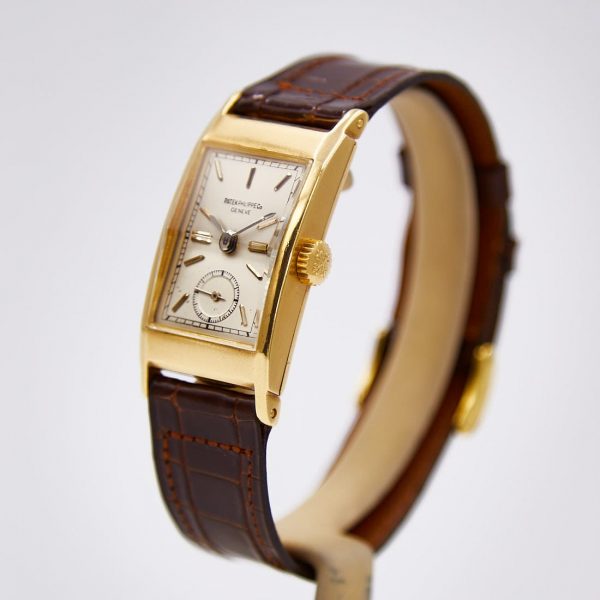 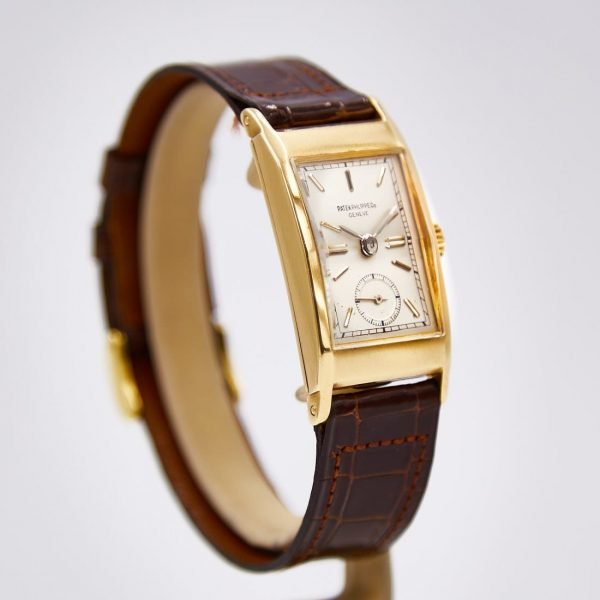 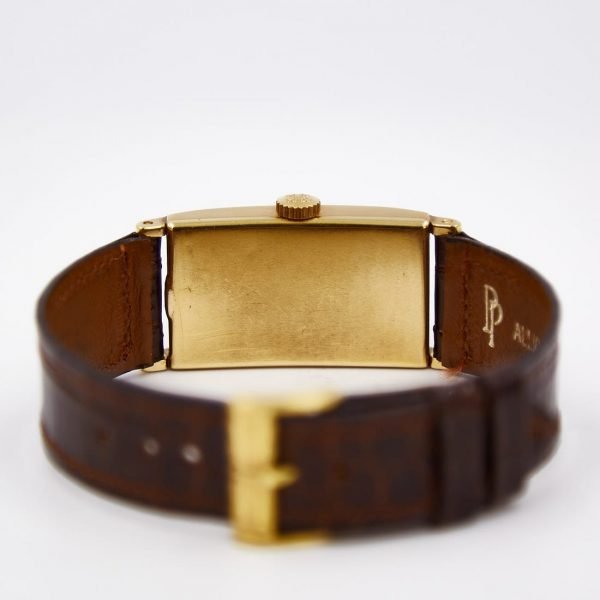 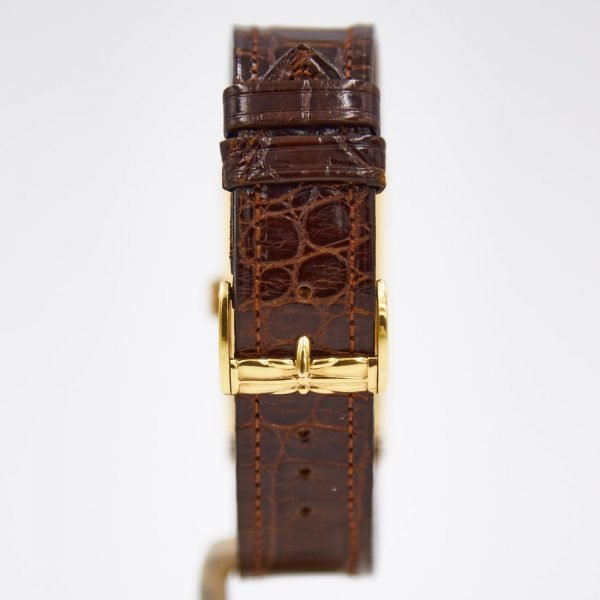 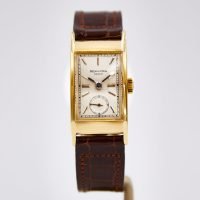 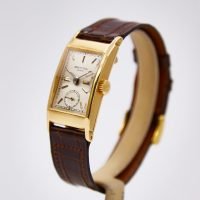 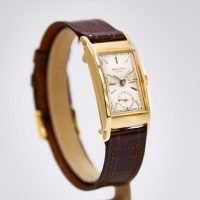 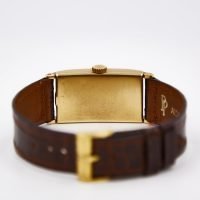 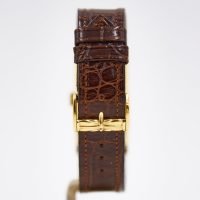 As a testament to both the quality of the manufacturing and the pride of ownership, this watch is in remarkable condition.  With the original silver dial and solid 18 karat gold baton hands and crown, this watch has hardly aged. An Art Deco style tank wrist watch from the 1940’s, this 18K gold Patek Philippe also features an original flawless peaked mineral glass crystal that matches the peaked aesthetic of the case design. Fitted with a rich brown alligator strap, which is a lovely, vintage genuine Patek Philippe strap that is in new condition and has an 18k solid gold buckle that is not Patek original. This vintage Patek Philippe wrist watch deserves its place in the sun again.

As a member of the Holy Trinity of watchmakers and a Holy Grail for watch collectors, Patek Philippe stands at the pinnacle of fine watch makers, with the Calatrava as one of its most recognized watches from an already exceptional brand.  Opinions may differ on the world’s best dress watch, but the Calatrava will be on every list of the top watches, if not at the top.

No matter how popular, every watch had a beginning, often a humble one.  Despite its great innovations and support from prominent figures, including Queen Victoria and Albert Einstein, Patek Philippe was severely impacted by the Great Depression, which was the great equalizer.  While struggling through those difficult times, the company sought to design a watch that would recognize the austerity of the period but remain timeless and elegant.  The designer of the watch took as his inspiration the Bauhaus movement, which had started a decade earlier.  With its principle that the form of the design should follow the functional need, the designer David Penny designed the first Calatrava reference 96 to be a thin, round, and smooth case with elegant lugs that tapered to fit smoothly against a wrist.  The dial was a simple hands, minutes, and seconds dial with no complications.  A clean, timeless, and elegant design.

In this same year 1932, Patek Philippe was acquired by two brothers who had previously supplied dials to the company and to other watchmakers.  The brothers saw an opportunity to display their own fine dial craftsmanship in David Penny’s newly designed watch.  They chose to call the new watch the Calatrava, named after 12th Century Knights.  Patek Philippe has since adapted the Calatrava Cross as the unofficial logo of the brand, across all models.  Since those humble roots, the Calatrava has grown to be a flagship model and the oldest Patek Philippe model still in production today.