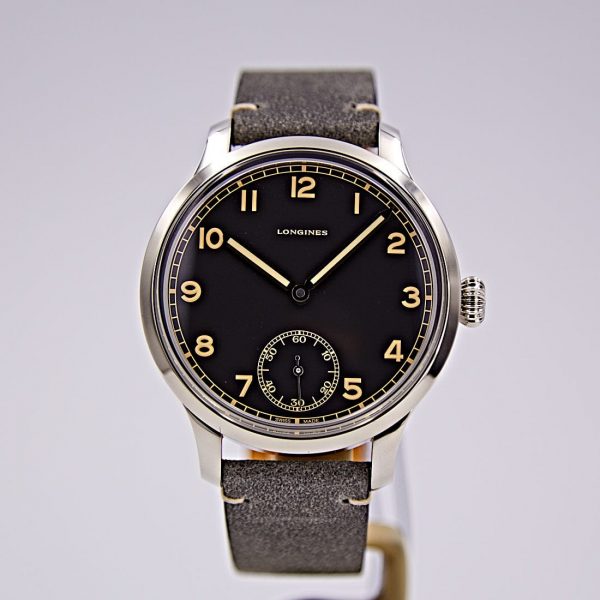 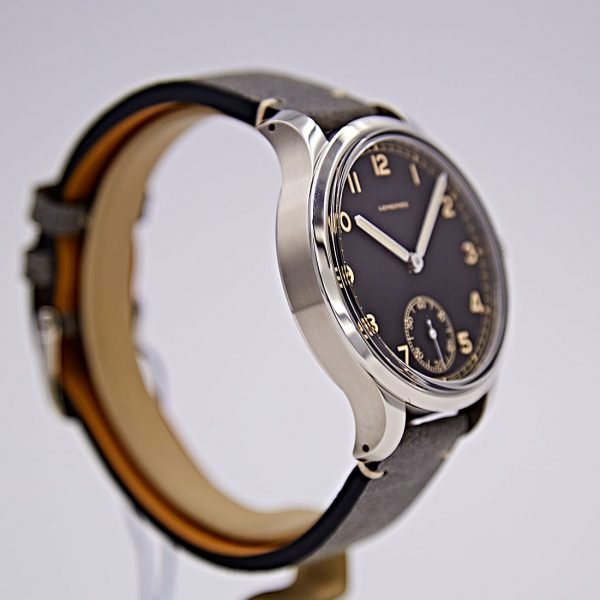 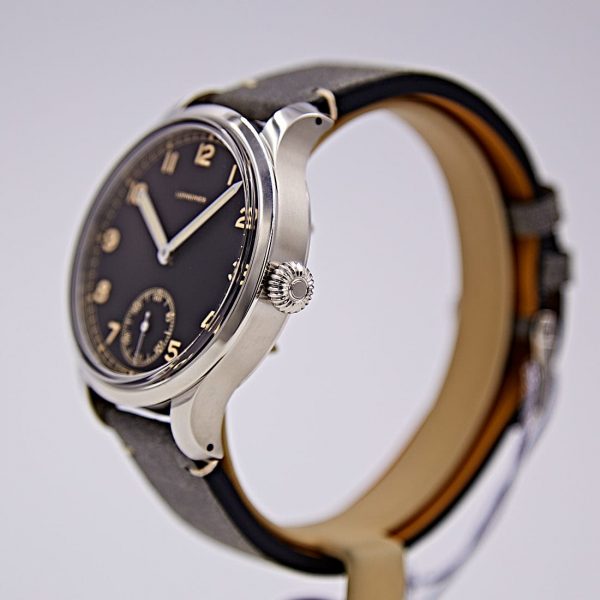 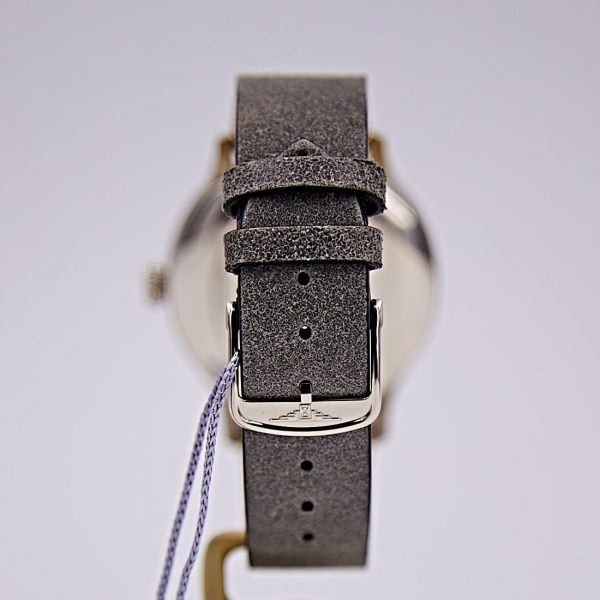 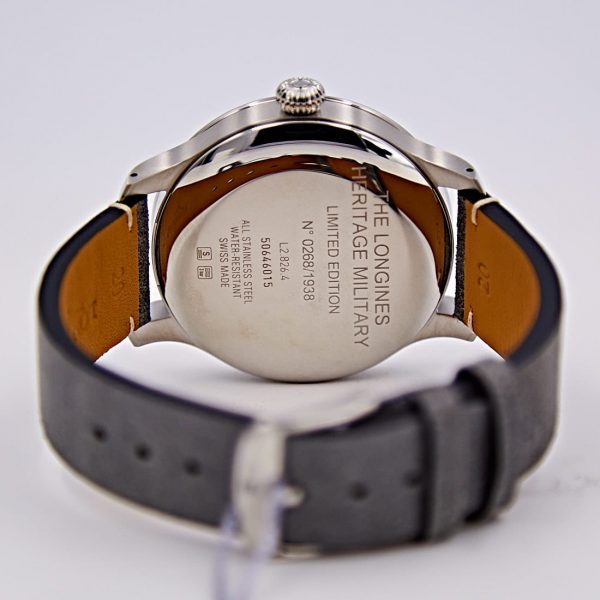 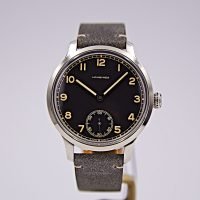 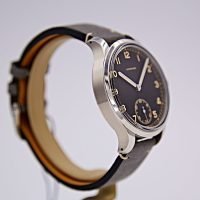 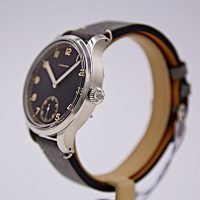 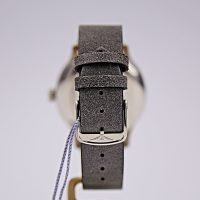 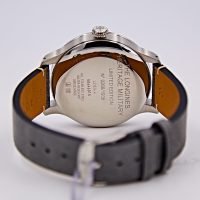 New Longines 43mm Heritage Military Black Dial Calfskin Leather Strap L28264532
This Longines military watch from the Heritage collection stays true to the original specifications required for military watches: reliability, accuracy and legibility. The watch is a reissue of the Longines’ model created for the British Royal Air Force. The design is meticulously crafted to maintain the essence of the original watch. The dial has the same look as the printed dial when radium was originally painted over the numerals for lamination. In this modern version, super-luminova is applied in a similar fashion. The watch is powered by the Longines caliber 507, a hand-wound movement based on the ETA 6498 with a 53-hour power reserve. This watch is numbered and limited to 1,938 pieces.

While Longines has created a highly accurate modern rendition of a popular watch from its heritage, based on its round dial with clean and balanced good looks, this watch is not stuck in the past but continues as a beautiful tool watch for everyday wear.

Because its trademark winged hourglass is the watch world’s oldest trademark, a person could understandably believe that Longines is the oldest watch company, although that isn’t the case. Formed in 1832 as a small workshop that assembled watches, it wasn’t until later that the company grew into the brand we know as Longines. In 1867, Longines built a factory on a site that would give the company its name, a site known locally as “Les Longines,”ť (the long-meadows.) Longines blossomed in the meadows and by 1929, had won an amazing ten Grand Prix awards. A Grand Prix was a competition between watchmakers where they presented watches of high degree of accuracy and complication. When these exhibitions ceased, Longines had won more than any other watch company. Longines had a long association with aviators, including Charles Lindberg that was largely based on an innovative watch that used a calibrated bezel to calculate longitude in flight. But their remarkable aviation success was surpassed when in 1936, they developed what many believe to be one of the finest chronograph movements ever designed, the caliber 13ZN. The SWATCH group gave life to the company when quartz movements replaced the more expensive mechanical movements. Today, Longines continues as a brand known for producing affordable and well-crafted timepieces in keeping with its long tradition. Its heritage in aviation and exploration on the land and sea is celebrated with the reintroduction of the Longines celebrated historical models.