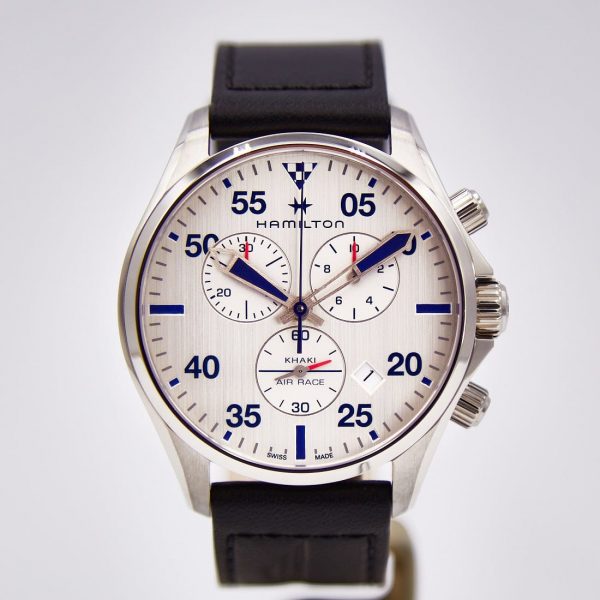 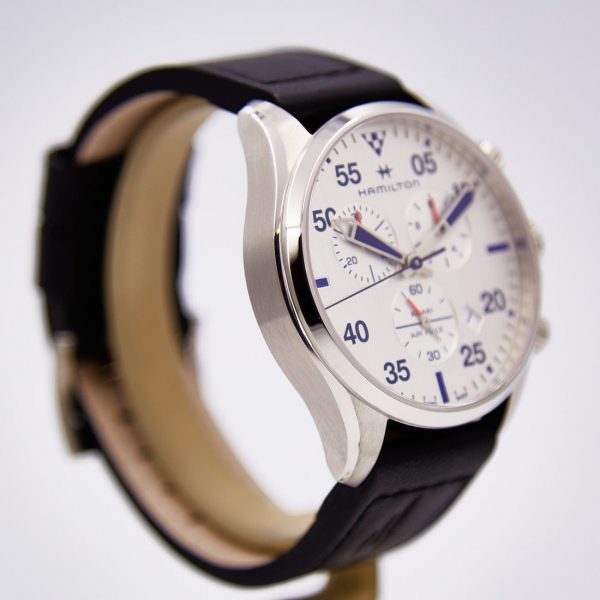 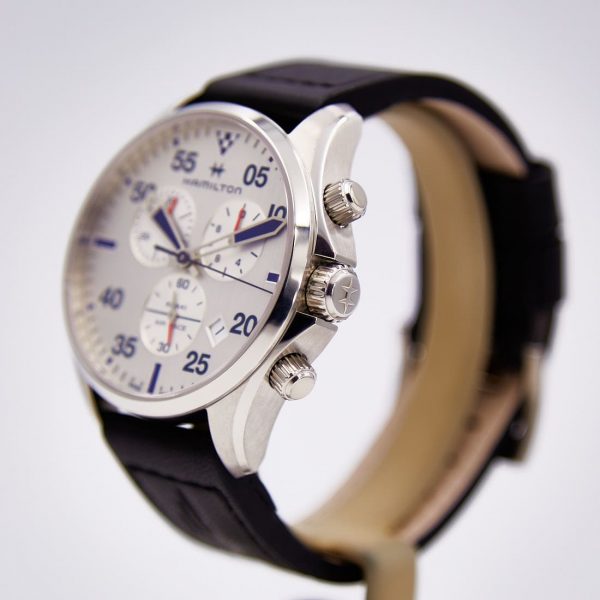 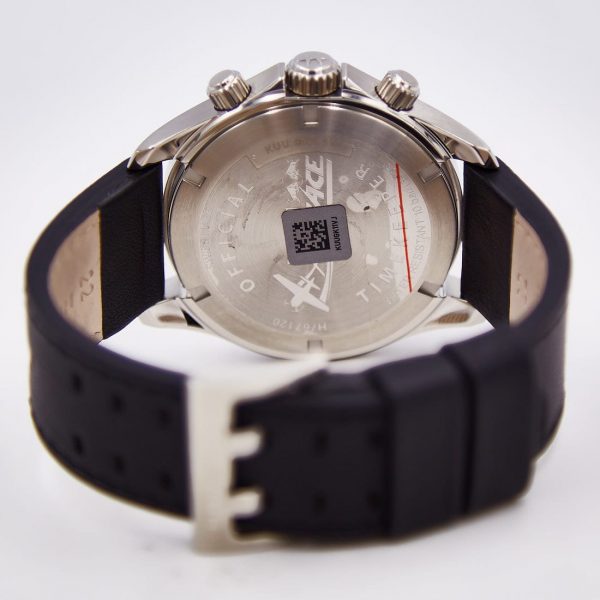 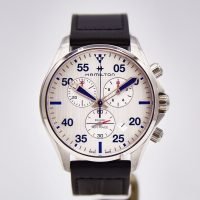 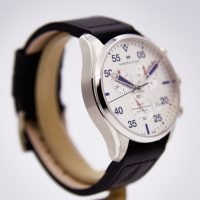 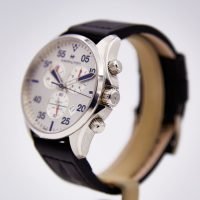 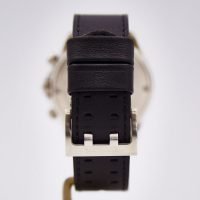 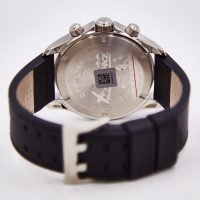 This sporty quartz chronograph with 44mm stainless steel case celebrates Hamilton as the Official Timekeeper of the Red Bull Air Race 2018; which, is a rather fun event according to our owner who was in attendance with Hamilton. A perfect mix of aviation style and Swiss-made precision.

As befitting the name, Hamilton is an American watch-making institution. Although absorbed into a larger Swiss watchmaking group during the quartz crisis, Hamilton is still thought of as one of the finest watch brands to have come out of America.

Hamilton is steeped in American history. Founded in Lancaster, Pennsylvania, a region associated with industrious Amish farmers, independent minded Quakers, the Declaration of Independence in Philadelphia, and the Gettysburg battlefield. Whether or not by design, this heritage heavily influenced all that Hamilton later accomplished.

One of their earliest accomplishments was creating precision Hamilton pocket watches for the railroad. These timepieces are still sought after by collectors for their beautiful workmanship, precise time keeping and historical significance. During World War I, Hamilton supplied watches to the U.S. military, which became a catalyst for shifting from pocket watches to wrist watches. Following shortly after the end of the war, Hamilton watches accompanied the first U.S. Airmail in a flight between Washington D.C. and New York City. It is no wonder that Admiral Byrd carried a Hamilton pocket watch when he became the first aviator to reach the North Pole. Ever since, Hamilton has been associated with pilots and aviation. With World War II, Hamilton again met the challenge by supplying over one million watches to the troops. Perhaps because of their reputation for rugged reliability and their widespread use, it was natural that Hamilton would make their way to Hollywood, where they appeared in several films, further establishing their connection with Americana.

But it was innovative design that really set Hamilton apart from other watchmakers. No other watchmaker has the variety of design like Hamilton, which among other things, produced a line of asymmetrical case shapes that are highly sought after by collectors. One of the better known is the Ventura, a futuristic shield-shaped watch that was one of the first electric battery-operated watches and a favorite of Elvis Presley.

True to their heritage with their early introduction of the battery powered watch, Hamilton did not shy away from innovation when quartz movements were introduced. Hamilton introduced the first digital watch on The Tonight Show with Jonny Carson. Despite their independent success, Hamilton was not immune to the changes in the world of watchmaking, and in 1974 they became part of what is known today as the Swatch group. Recognizing its rich heritage of innovative design and technology, Hamilton continues to release watches that build on the unique models from their rich history. Hamilton has a large following of enthusiastic collectors who are not only interested in their vast vintage catalog, but who are also excited about the new models they see coming from Hamilton that blend that vintage flavor with a modern flair.