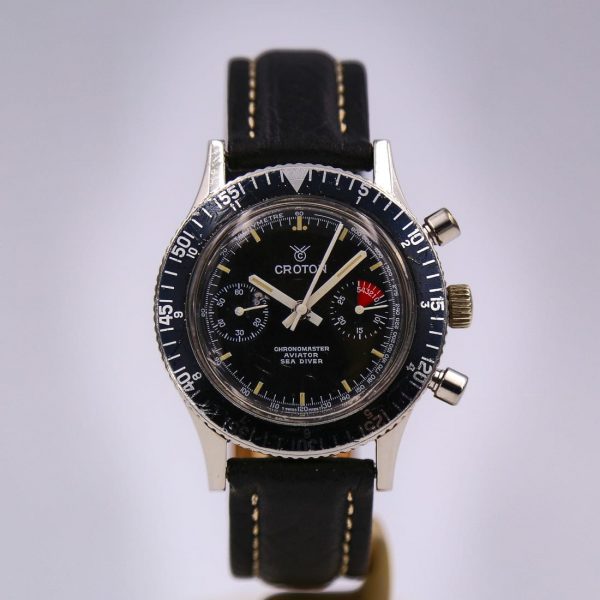 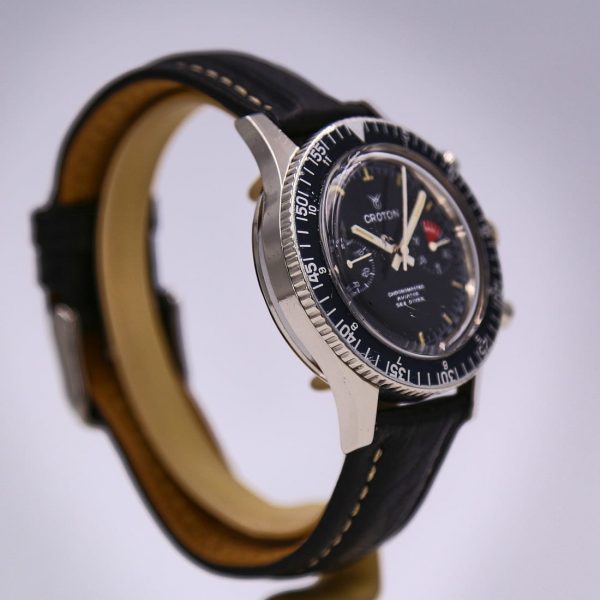 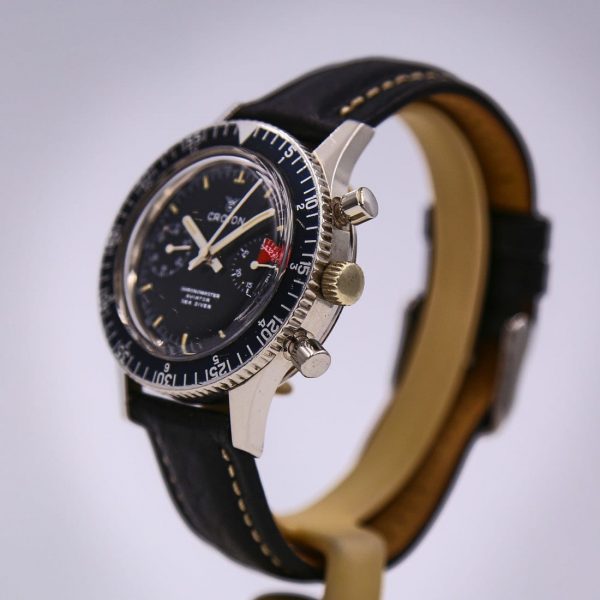 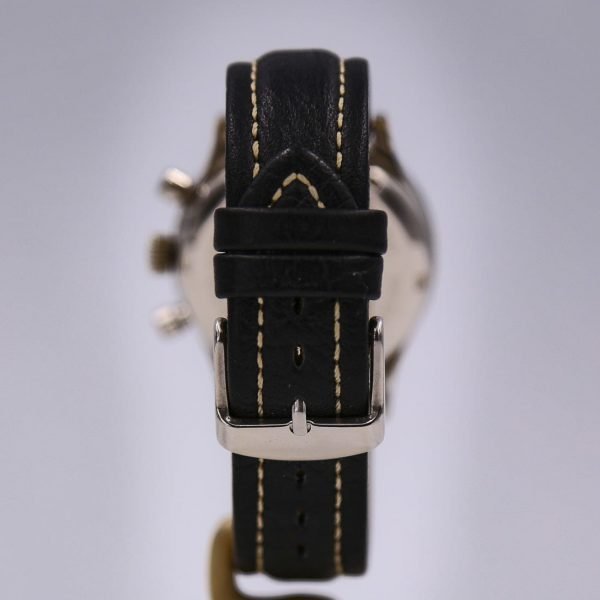 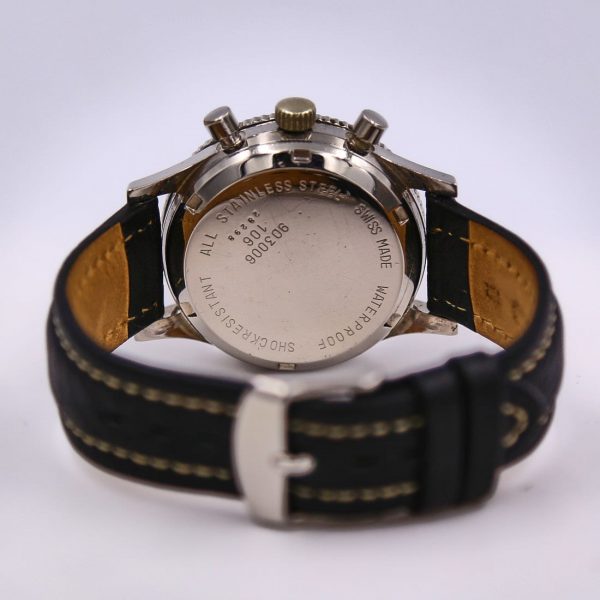 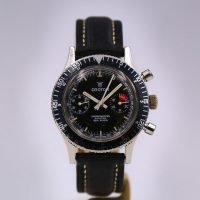 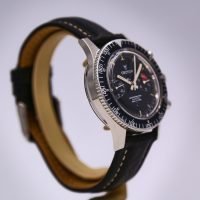 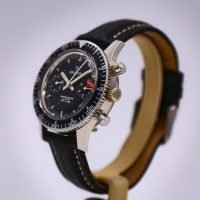 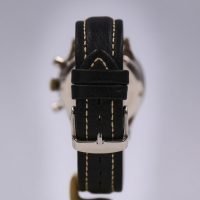 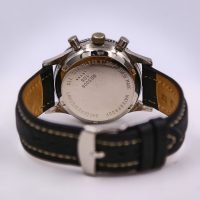 The Chronomaster Aviator Sea Diver was made famous when Admiral Byrd testified to the reliability of his Croton watch during his expectation to Antartica, which faced many unexpected perils. There are several variations in the case and dial designs for the model with the same name, which allows a person to find their personal favorite for an historic watch.  This watch has a bi-directional bezel that shows wear around the outer edge but is free of nicks and chips of paint that are often found on vintage bezels.  The case has been sympathetically polished, and the hands appear to have been repainted when viewed under magnification.  The beauty of the watch is the dial that is unmarred and evenly black throughout. The splash of red in the sub-register countdown together with the tritium indexes that have aged to a darker yellow also serve to highlight the dial. This watch is powered by a Landeron 248, which has a somewhat unusual chronograph action, with the top push starting the stopwatch and the bottom stopping as well as resetting. Overall, this is an attractive vintage watch that was previously worn and appreciated but not abused.  on its new, black leather strap it offers years of enjoyment to a future owner.

Dating back to 1878, the Croton Watch Company was founded in New York City and operated near the Westchester County suburb of Croton-on-Hudson for much of its run. Best known today for its Chronomaster, the brand has a much richer history than it often gets credit for. The golden age of Croton came as a U.S. distributor of Nivada-manufactured timepieces; it was a partnership started out of necessity. By the time Nivada decided to make a push into the American market, Movado, a direct competitor, was well established as a leading Swiss watchmaker. Due to slightly similar names, a battle played out in court from 1939 to 1953 resulting in Croton stepping in as the US distributor of Nivada watches, branded simply Croton or Croton Nivada Grenchen.