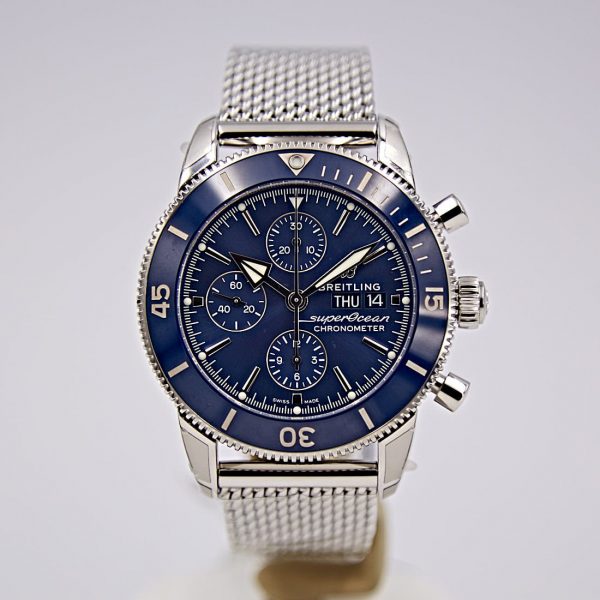 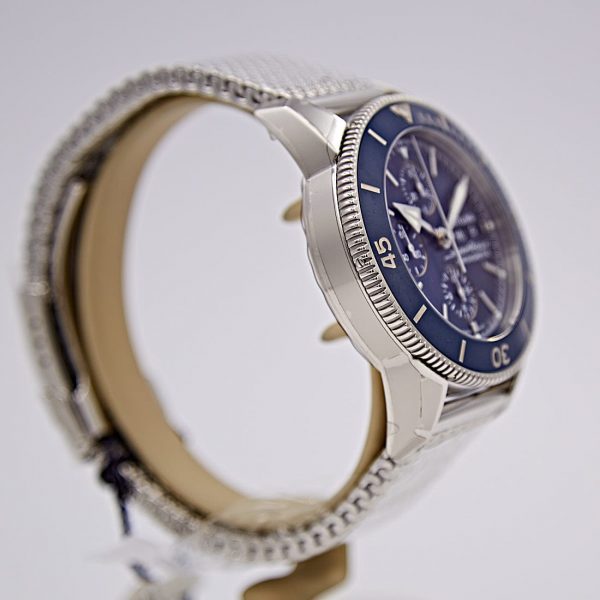 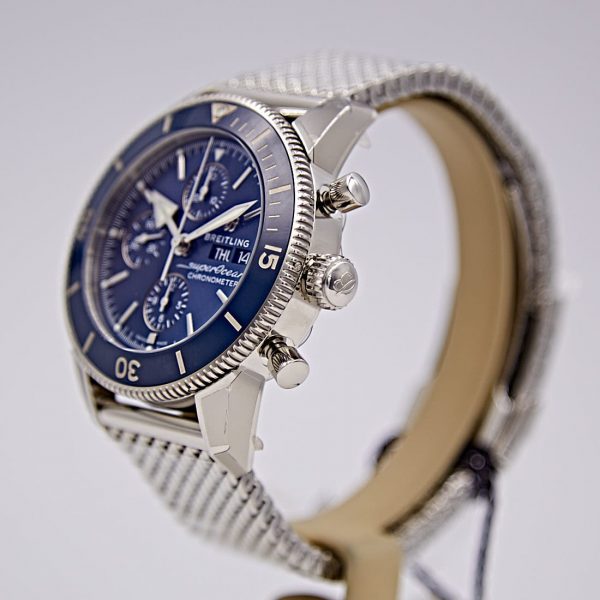 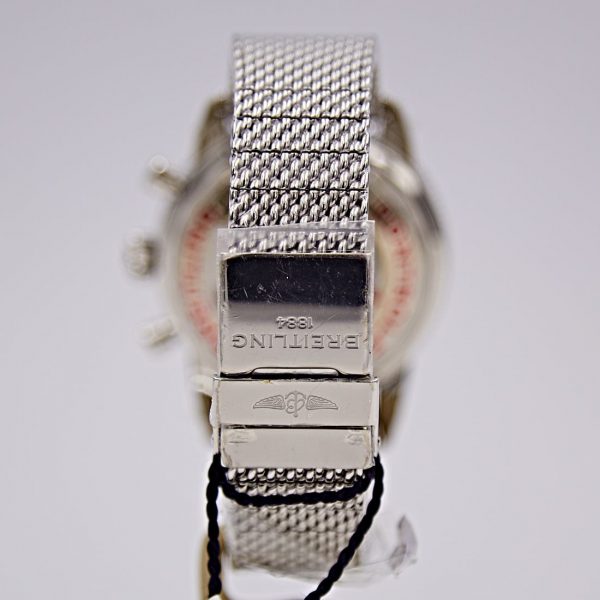 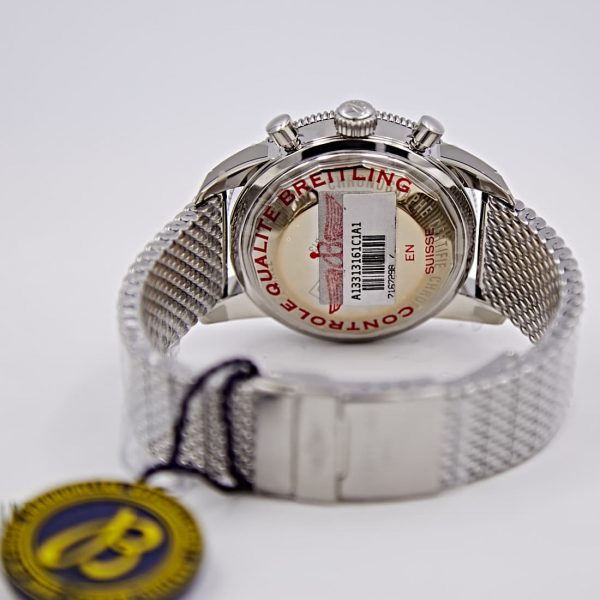 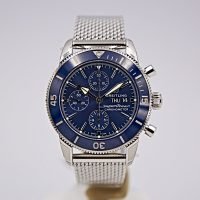 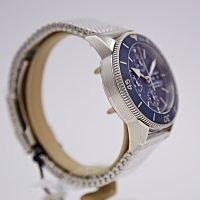 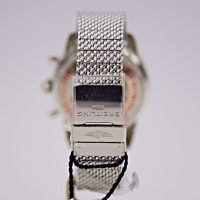 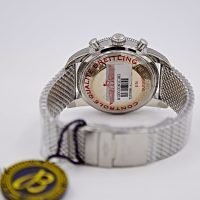 With a stainless steel case, the SuperOcean Heritage Chronograph 44 features a blue dial with a matching mesh bracelet. Powered by Breitling’s caliber 13, this COSC-certified chronometer has been the workhorse for the best-selling Breitling watches. Based on the well-known ETA Valjoux 7750 movement, this famous Valjoux movement has a power reserve of 42 hours, and a frequency of 28,800 vibrations per hour. The Breitling SuperOcean has remained true to rich history by continuing to produce a stylish and world-class diver’s watch.

To mark his 25th anniversary as the head of Breitling, Willy Breitling produced the SuperOcean in 1957 in recognition of the fast-growing popularity of underwater sports. Inspired by the original SuperOcean from the 1950s, the SuperOcean Heritage combines iconic triangular-shaped hands as well as a unidirectional bezel with a polished ceramic ring.

The modern chronograph watch would not function as it does today without Breitling’s influence. Leon Breitling founded the company in 1884 already manufacturing innovative chronographs. After his death in 1914, his son Gaston took control and produced one of the world’s first wrist chronographs with a separate pusher. Gaston’s son Willy introduced the two-pusher chronograph and the iconic Chronomat in 1942, which added a slide rule with a chronograph. In 1952 they produced the Navitimer with a built-in slide rule that became the official pilot’s watch for the AOPA pilot union. Astronaut Scott Carpenter found his Navitimer so useful that he asked Breitling to modify the watch to use a 24-hour dial, which he then wore into space in 1962 aboard a Mercury capsule. To celebrate his 25th anniversary as head of the company, Willy also introduced the SuperOcean diver’s watch with a water-resistance of 200 meters. Clearly, any admirer of chronographs should become familiar with Breitling. In recent years, Breitling is returning to its heritage of producing in-house movements and a design that pays tribute to its heritage but with a modern ascetic.