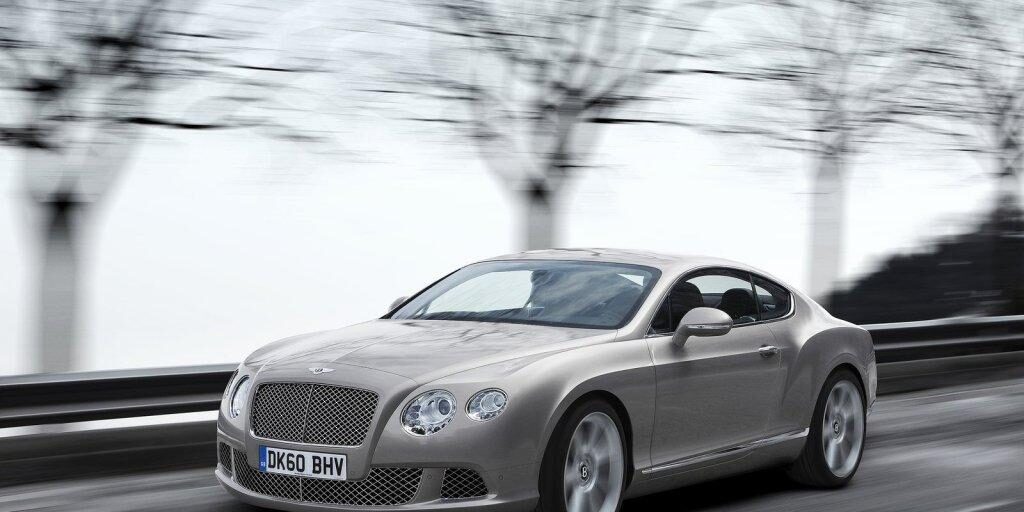 The slalom course, which was set up on the small Buochs airstrip near Lake Lucerne was barely threatening. But the spring Swiss rains that prevailed upon the track caused me to pause briefly before starting the race; I had before driven only vintage racers that had the tendency to break lose and spin on wet pavement.

But this Bentley Continental GT, said one of the professional drivers on hand courtesy of Bentley, simply would not spin. Bentley brought several of their cars out to the Breitling Watch Company event they were having in Switzerland. With them, they brought a team of drivers and legendary Le Mans winner, Derek Bell, to demo the autos. “Alright,” I thought, “let’s see if they know what they’re talking about.”

From the moment I pressed my foot to the pedal, the 6,000-pound automobile handled beautifully as I accelerated at top speed, navigating around a few dozen stoic orange cones. Not one toppled over. Not for one second did I feel the car would spin out of control. Present, focused and alert, I navigated the Continental GT through two attempts. I cleared the finish line after what felt like a marathon effort and the car immediately stopped on a dime.

The timing official clocked me in at 26.57 seconds.  When I got out of the car, he told me it he thought it was the second best time of the day. I felt pretty good about my performance but I was even more amazed stepping out of such a luxurious vehicle handled like a racecar.

The Bentley Continental GT is known to go up to 308 mph and I don’t know how fast I took it that day – I couldn’t steal my eyes away from the course to glance at the speedometer. I have never driven anything that handled so well and was so beautifully responsive on the road. Later that afternoon, to my surprise, I found that I had won the race with the fastest time. Were it not for the Bentley team’s encouragement, who knows, I might have finished second.

The thrill of my Bentley experience will take a while to wear off. In the meantime, I’ll continue to drive my Triumph cautiously with the expectation of spinning out on the wet streets of Portland.

The Coulson Limited Edition has a multi-piece carbon-fibre case and a gradient orange dial, a striking symbol of Coulson Aviation’s pioneering mission.

Craving a sweet vintage GMT-Master? What's your so

Stunning watch with a lot of versatility! ----- It

Then and now! The vintage 1967 Air-King to a moder